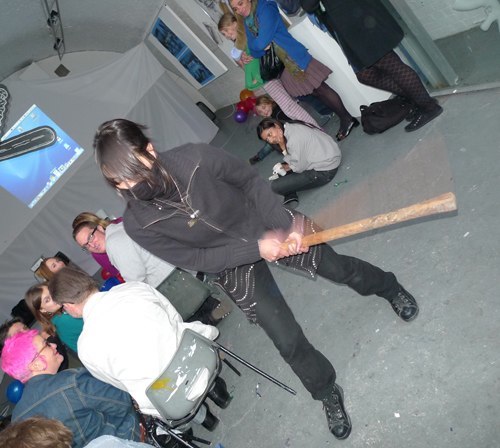 A video projection with a live introduction.

I extracted one part of a video documentation of the riots that took place during the G8 Summit in 2001 (Genoa, Italy). My segment was six minutes’ interview of a german girl who was tortured by police in Genoa; She described how policemen broke most of her bones, one by one, by beating her up.

I decided to introduce the video piece by letting the viewers experience violence and powerlessness directly. I took them completely by surprise by violently banging the back of their chairs until they felt obliged to leave their sits.