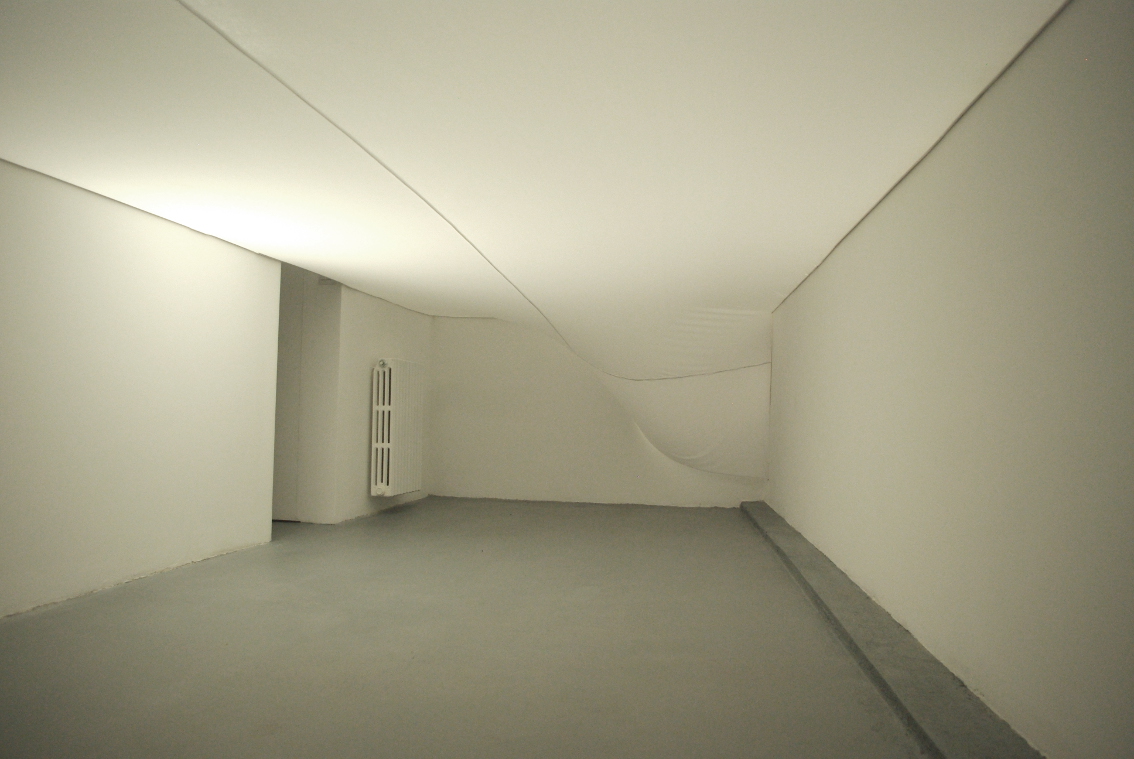 This site-specific project consisted of three distinct phases: the crowdfunding campaign “Exercises in Vision” (December 2014-February 2015), launched to meet the costs of the exhibition’s post-production; the actual exhibition “From Here to Eternity” created for AlbumArte and realized there from February 18 to April 1; the consequent documentation defined by the creation of a web-documentary, an interactive website that collected all the materials produced by the show.

The exhibition opened on February 18, 2015, offering a collective event that lasted 3 hours and that happened only that day. The viewers were kindly and directly involved, one at a time, in an attempt to make an “emotional X-ray” of the AlbumArte’s space, taking many architectural features of the place as specific points of speculation. To explore them, 9 performers – one for each element – proposed an intimate and friendly conversation about: the door, the roof, the beam, the fireplace, the floor, the stairs, the window … and the hidden sounds of the whole place.

From the day after and for the following six weeks, the work has changed, turning into a circular, intimate and interactive tale; I performed alone daily visits for one visitor at a time which lasted 50 minutes each, happening strictly after the sunset. credits:
all quoted inside the web documentary!!!

(pictures of the opening day curtesy of M. Carboni)