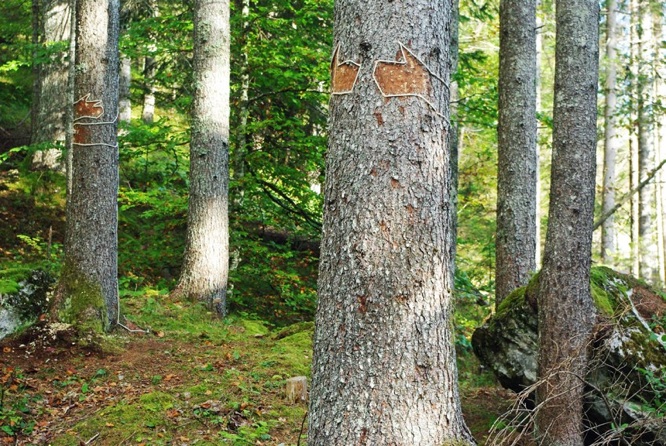 I found in the woods a circle of 8 trees, growing around a rock. I considered it to be a closed space, diametrically opposed to the concept of trench: round instead of rectangular, tending toward the sky instead of towards the underground, natural rather than manmade. So I decided to make it as a “hugging place”, a place where to hug trees, performing a surreal act to express gratitude towards life and affection towards nature, instead of shooting to kill and defending oneself from the bullets.

This project refers and pays homage to a performing image made at the end of the Sixties by an Italian artist, Giuseppe Penone, whose work is highly referential for my art practice.