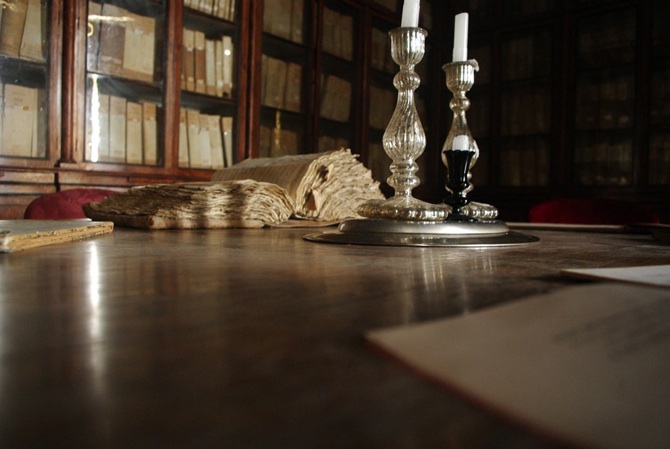 from May 9 till 11, 2014 / Site-Specific project, Palazzo Busacca’s archive at Scicli, project curated by Katiuscia Pompili/Parking 095, part of the Collective exhibition “Nuvole: an aesthetic excursus through Independent Art”, by S.E.M., Scicli (Rg), Sicily, Italy

This project originated from the art residency that both the curator and I experienced in Scicli, 10 days before the realization of show. We were  assigned a archive as both site and concept to produce  our intervention for. We spent long time reading the books kept there, we also studied the origin of the building and the famous history of its local benefactor, Pietro Lorenzo Busacca, that four centuries ago left a huge capital to provide for the various needs of Scicli inhabitants. He created a famous wealthy charity which assigned money to help marrying poor girls and supporting the local hospital. Its archive, kept hidden from people until last month, collects the whole economic and juridic transactions’ history of the charity; documents and papers span from the beginning of the seventeenth century to the first half of the twentieth.

I chose five books that represented the variety of the data collected in the archive. I placed the books on a old oval table, paired 5 chairs and dimmed the natural light. I then welcomed only 4 viewers each time for just 5 minutes.
They were finding me sitting on a chair, singing every data I had in front of me, changing chair and book every two minutes or so. The work was open to be experienced on the first day for 6 hours, the second for 8, the third for 5, till I entirely lost my voice.
The decision to sing the archive relates to my need of adding emotional warmth to data that lost their personal value long time ago, becoming just a collection of number and names that, while meaningful for historians, are less interesting for common people. On the contrary, I really wanted the inhabitants of Scicli to be captured by their history and  perceive part of it with immediacy.