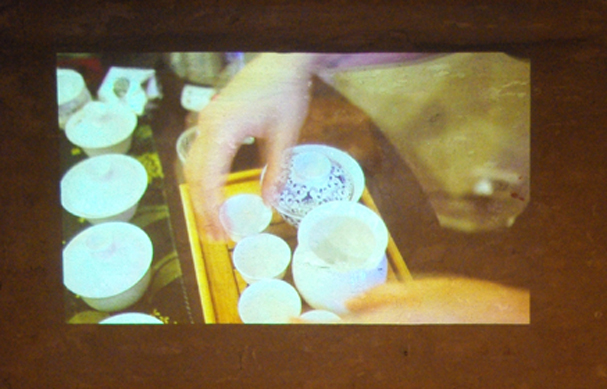 It is a Chinese tradition to brew tea to celebrate meeting with others, not only because they know the health properties for the body (a real elixir of life!), but because ‘some tea’ products are so fine (thanks to hand treatments and secular aging) that become a real precious gift, something priceless.

I recorded a tea tasting I performed using the traditional Chinese method of brewing (gong-fu cha) in a Chinese restaurant in Rome. I directed the conversation in place to all those century-old traditions that seem to have disappeared today.

I thought it was relevant to show, through tea, how some important relationships between East and West, past and present, are expressed. The first was defined by me being a westerner who wields a traditional oriental technique and wants to share it with orientals that, for historical issues (the long train of the Cultural Revolution) and habits (immigration and the difficulty to find a practical need linked to old traditions), have forgotten. The second was determined by the temporal caesura defined by immigration: the Chinese of second and third generation, at least here in Rome, seem to have a relationship with their origins and roots quite problematic. The recognition of it is not enforced by both wishing to acquire the most of the hosting country and by assuming the capitalist dynamics based on maximum production and quick goods consumption typical of their native culture.

The day of the opening of the Biennale I performed for 3 hours a professional tea tasting, open to all visitors to enjoy while talking to me about the work.